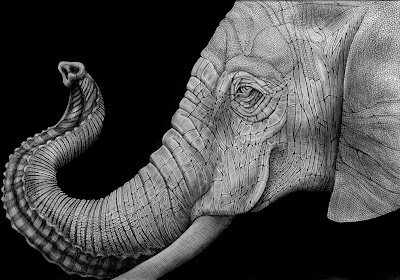 Here's the second pen & ink drawing in my "intricate faces" series of an African Elephant.  Below are two details. This piece is 11x17", mixed ink on paper. 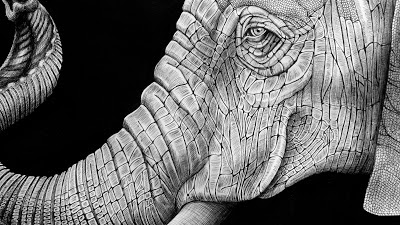 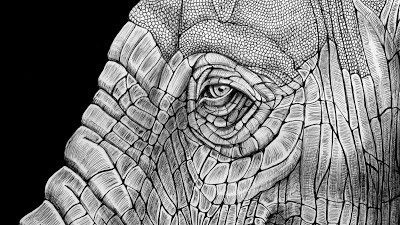 Posted by Tim Jeffs Art at 8:12 AM No comments: 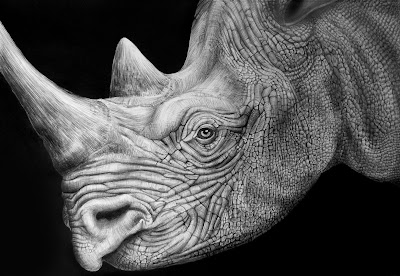 Besides wanting to do a finished larger version of an earlier sketch I did, I'm starting a series of extremely close up heads of large, mostly endangered, animals. I'm craving to draw more and more detail, so whats more detailed than getting up close and personal  with extremely intricate animals.

Here's the first pen & ink drawing in my "intricate faces" series. I had to start with one of my all time favorite animals, the Black Rhino. The species overall is classified as critically endangered, and one subspecies, the western black rhinoceros, was declared extinct in 2011. This piece is 11x17", mixed ink on paper. 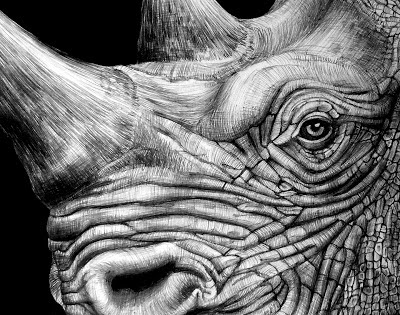 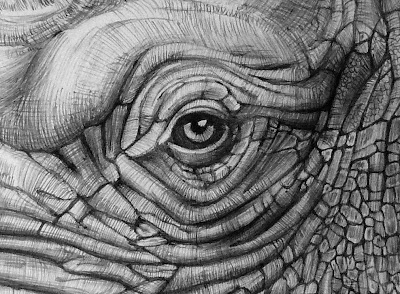 
One of my favorite drawings of a rhinoceros is "Durer's Rhinoceros". Albrecht Durer's woodcut circa 1515. My father gave me actual original print that came out of Sebastian Munster book from 1550. I have it proudly framed. I recently saw the Albrecht Durer show at the National Gallery in Washington DC. He's in my "Top Ten" artist of all time list. His level of skill, craftsmanship, and detail is breath taking. To think he worked by etching into metal and wood, in reverse, is something I can hardly image possible. 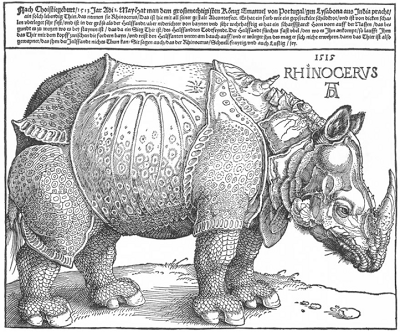 Posted by Tim Jeffs Art at 5:48 PM No comments: